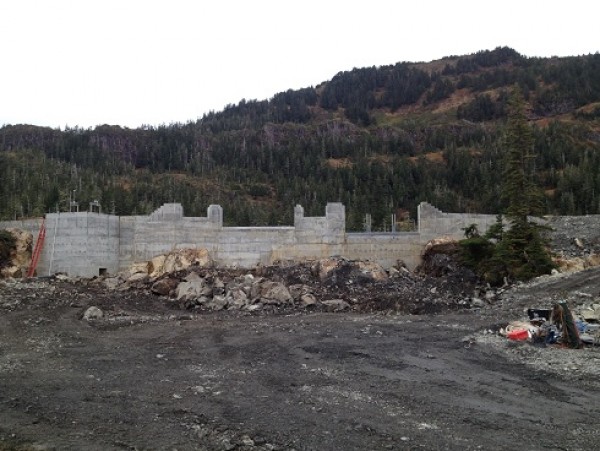 The Armin F. Koernig (AFK) Hatchery Dam provides all of the water supply to the AFK Hatchery. In 2008, NGE performed a periodic safety inspection of the original dam which was constructed during the 1930s and expanded in the 1970s. During the inspection it was determined that the dam had deteriorated significantly and was in need of repair or replacement. In 2009 NGE-TFT was contracted to perform a feasibility study for the repair or replacement of the dam. As a result of that study, the decision was made to replace the dam and 16-mile long above ground pipeline that provides the hatchery water supply. It was also decided to raise the normal reservoir level by approximately 5 feet. Design of the new dam began in 2010 and construction was completed in 2012. The new dam consists of a 23 foot tall post-tensioned concrete dam in the main stream channel with two sheetpile core earthen berms. The new dam had to be constructed without disrupting the water supply to the hatchery. Other project constraints include the remote location in Prince William Sound (air and sea access only) and frequent severe weather. NGE-TFT provided all of the design services including geotechnical, hydrologic/hydraulic,and structural as well as construction monitoring and materials testing. 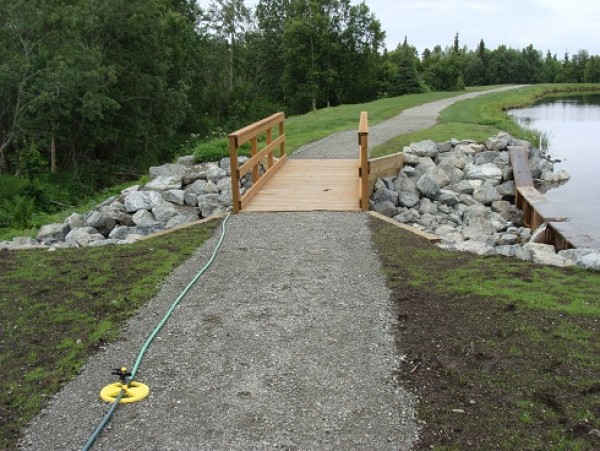 The Lake O’ the Hills dam is a privately owned dam that impounds a recreational lake. When the State of Alaska Dam Safety Program determined the existing corrugated metal pipe spillway was no longer fit for service due to insufficient capacity and pipe corrosion, NGE-TFT was contracted to design and construct a new spillway. Because the spillway was the only outlet for the reservoir, water levels were maintained during construction using a 6-in diameter siphon. A sheet pile weir and rip-rap protected spillway was designed to pass a flood flow of approximately 250 cfs. 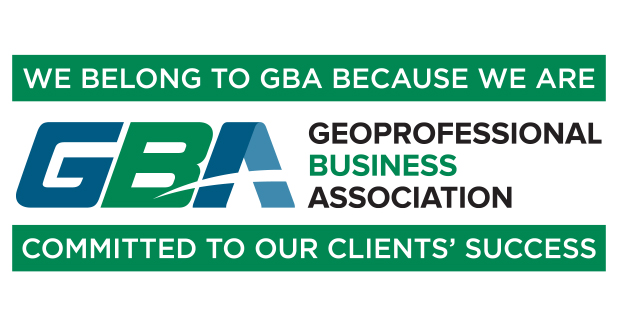